skip to main | skip to sidebar

So sometimes Austinite Kyle Killen, whose Dallas-shot series Lone Star was cancelled by Fox after only two episodes in 2010, sees his new (not-Texas-shot) show Mind Games premiere early (Feb. 25) when ABC pulls Killer Women after two episodes (the first of which was shot in Austin). Got that? There will be a quiz later.
Posted by Joe M. O'Connell at 12:47 PM No comments:

This piece ran in today's San Antonio Express-News. It's behind a paywall, so here it is in its entirety (along with a photo I took of David): 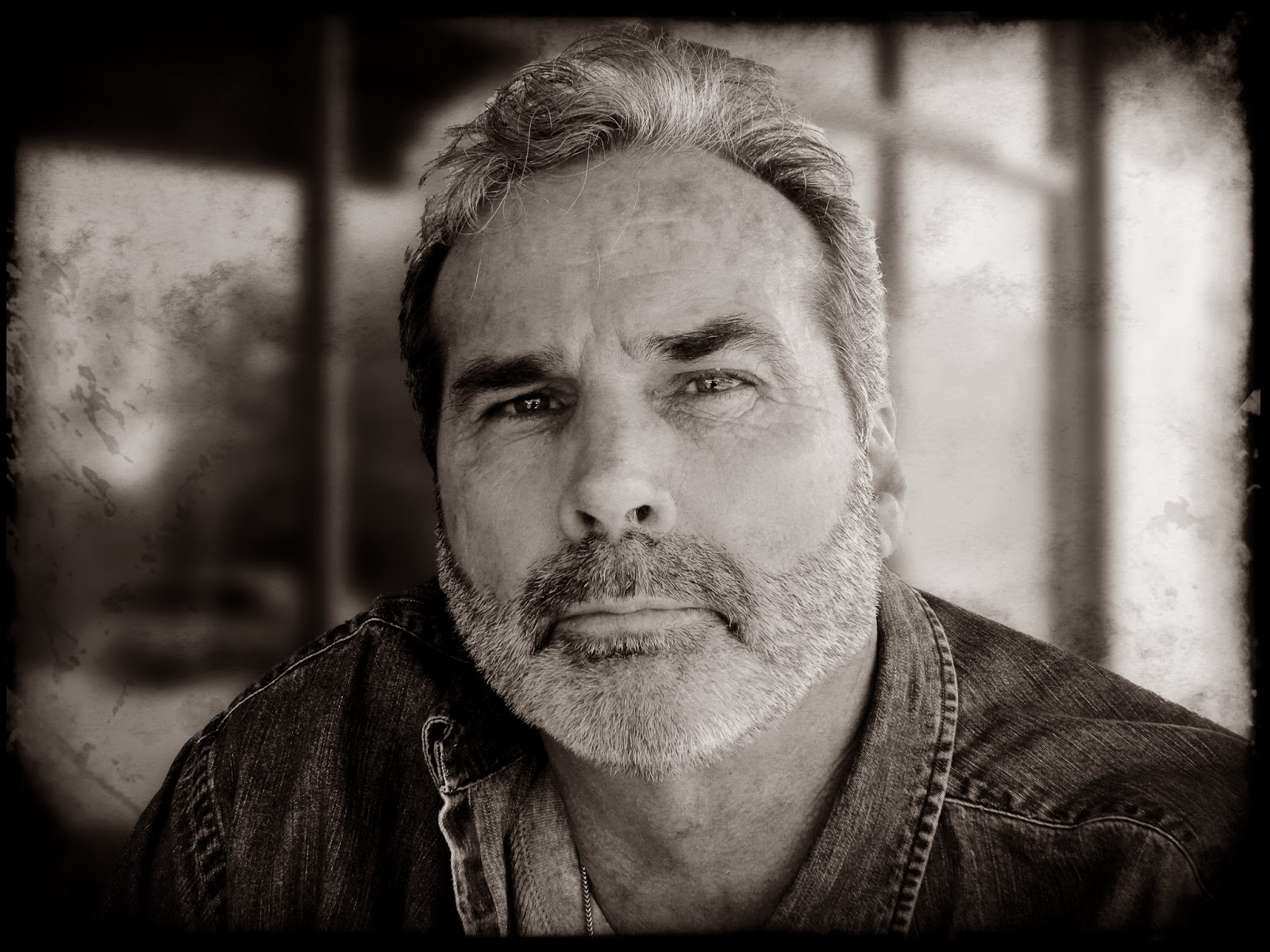 By Joe O'Connell, For the Express-News

January 12, 2014
SAN ANTONIO — A sign by David Marion Wilkinson's writing desk reads “Joy.” It was his guiding principle as he attempted to write the ultimate comic novel, but life and the book took a different turn.

The result is “Where the Mountains are Thieves,” a solid novel that is equal parts funny and tragic, but 100 percent honest about human failings and what it means to be a writer today.


“I came to this place where writing a comic novel wasn't possible,” said Wilkinson, who is best known for writing historical novels of the West.

“Thieves” follows Jesse Reverchon, a middle-aged author fresh from rehab and an affair who moves with his wife and young son Travis to Alpine to patch their lives together. Reverchon coaches his son's baseball team and tries to buckle down and get his writing career back on track. Along the way, the reader is warned of an accident lurking in the pages ahead that will rock Jesse's world.

Jesse says, “I came to understand that most novelists are strictly observers. At first I struggled with it, agonized over it. And then, about the time Travis was born, I accepted it.”

But in heartwarming and funny moments, Little League baseball proves Jesse's salvation. Á la “The Bad News Bears,” he tries to whip a ragtag group of misfits into a team.

“It's his catalyst to getting connected,” Wilkinson said. “His only success is impacting the lives of fatherless boys, but what he comes realize is they are saving his life.”

Wilkinson's latest novel is itself a lesson in the vagaries of the publishing industry and the human heart.

Like his main character, Wilkinson had moved his family to Alpine (he has two sons and, unlike his character, no history of drug or alcohol abuse) to make a new life in the Big Bend region. He became writer-in-residence at Sul Ross State University, built a house overlooking Cathedral Peak, and befriended the sometimes-eccentric residents of the beautiful but isolated place. But his real-life marriage was falling apart.

David Marion Wilkin-son's new novel, “Where the Mountains Are Thieves,” follows a middle-aged author who moves with his wife and young son to rebuild their lives.

“You could sit there and watch the sun go down with a sense of peace and a feeling that everything's OK, but then you look around and see it's not,” he said.

Careerwise, it actually started in 2001. After three years of work, Wilkinson's last novel, “Oblivion's Altar,” was hot off the presses and receiving positive reviews when the events of 9/11 changed everything. The nation was in turmoil, and no one was reading fiction. Wilkinson turned instead to nonfiction with “One Ranger,” a biography co-written with famed Texas Ranger Joaquin Jackson.

Suddenly nonfiction agents were hitting him up with work-for-hire projects, and he realized they saw writers as interchangeable widgets. Like his character Jesse, Wilkinson was desperate to prove he still had fiction-writing chops.

Nearly broke and recently divorced, he found himself back working oil fields as he had in his youth. He didn't write for two years. When the words came, “Where the Mountains are Thieves” became a different, better, more honest book.

“There's a little anger in the book, along with frustration, sorrow, regret,” he admitted.

It's the writer's story of when art meets commerce. Wilkinson cites Herman Melville, who stopped writing and became a customs inspector. Only after his death did perhaps his best novel, “Billy Budd,” see publication.

These days, Wilkinson is not sure about his next novel. His writing career has taken another turn. He's been working as a writer on a History Channel miniseries about the Texas Rangers, and another in development about women spies during the Civil War.

“It changes every day,” he said of writing for television. “I'm good at that from what I've been through.”


Joe O'Connell is an Austin writer. Reach him at therealjoeo@gmail.com.

Joe M. O'Connell
I'm a writer, documentary filmmaker and photographer. My novel Evacuation Plan is about life/death in a residential hospice and is inspired by time spent observing an actual hospice.
This is my older blog. See more about me at joeoconnell.com

What they're saying about EVACUATION PLAN

"Tales alternately gentle, dramatic, surrealistic, that collectively affirm the beauty of being alive, even as they acknowledge that all of us face the necessity of making our own 'evacuation plan.' "
-- Brad Buchholz, Austin American-Statesman

" The chapters about Matt and the short stories demonstrate O’Connell’s ability to develop sympathetic, true-to-life characters using intriguing details and compelling dialogue. The stories remind us of those times when a brief encounter with a stranger left us wondering about that person’s past. In Evacuation Plan, O’Connell satisfies that curiosity. "
-- The Texas Observer

"It was very hard for me to put this book down. It carries us through the deepest meaning in life and most painful, most hopeful memories for a wide range of fascinating characters. Based in a hospice, this book could have easily resorted to cheap sensationalism, or whacked us upside the head with stereotypic melodrama, but instead it was respectful, honest, and tender. The characters will stay with you - you may even recognize some of them within your own life. "
-- Award-winning author Carmen Tafolla

"An excellent, thought-provoking diversion from our own inevitable plummet toward the grave, and we highly recommend it to you, the living."
-- Wayne Alan Brenner, The Austin Chronicle

"O’Connell has drawn some colourful and believable characters. The material relating to the hospice and terminal care rings true, all the way to reconciliation and forgiving."
-- Dr. Roger Woodruff, International Association for Hospice & Palliative Care

"The tales are nicely written, and some are quite compelling; “The Male Nurse,” for one, is a dreamlike reverie."
-- Texas Monthly

“Evacuation Plan: A Novel From The Hospice by Joe M. O'Connell is nothing short of remarkable … a novel that walks hand-in-hand with death and yet, somehow, the reader finishes the book feeling inspired to live.”
– The Paisano

"A wonderful blend of lives ordinary but with sometimes extraordinary elements. We all share these stories of life in some way, despite moments of harshness or unforgiving pain. There is always a common thread of humanity and ultimately forgiveness to be found, even if it's in the last moment of life."
-- Elaine Williams, author of A Journey Well Taken

"Reading Evacuation Plan is akin to unwrapping a series of small perfectly-chosen presents. Both human and humane, The book resembles a modern Spoon River Anthology with its vivid, touching glimpses into the lives of those in and around a hospice."
-- Tim McCanlies, screenwriter The Iron Giant, writer/director Secondhand Lions

"In Evacuation Plan Joe O'Connell does for the process of dying what Sherwood Anderson did for middle America in Winesburg, Ohio--he shows us in brief flashes the aching beauty of the grotesque, and shows us how extraordinary small lives and quiet deaths can be."
--John Blair, Drue Heinz Literature Prize winning author of American Standard

"Here's a book so rich with stories of the living, so filled with people's bountiful problems, as well as incidents of wry forgiveness, one realizes over and over the circling forces of life's completeness. It's not a sad tale nor a needless feel-good account but a balanced, sometimes comic, affirmation of what is here and what we all know is waiting."
-- Carolyn Osborn, award-winning short story writer

"The broken, the hopeful, the frustrated, the clueless, and the forgiving touch one another with words, remembrances, and hands. Inevitably, readers will quietly wonder about their own evacuation plan."
-- Will's Texana Monthly

O'Connell's protagonist skillfully navigates under the guise of a writer seeking raw materials for his craft in the stories of the dying, but mines and refines instead the stuff we're all made of. In this finely crafted novel, we come away with much more than the astute observation that many of the best stories begin at the end. But, then again, that notion is also worth a lot.
--Jesse Sublett, cancer survivor, rocker and author of Never the Same Again

"Joe O'Connell's Evacuation Plan--this Decameron of the hospice--encompasses a paradox. Death comes for everyone, but death is the only human universal because everyone dies, and witnesses dying, with private, unspeakable shame. Yet there are a few minutes left to speak. As people die, they tell stories which spawn new stories, which remind us that death is agony, a violent struggle, but so is living."
-- Debra Monroe, Flannery O'Connor Award winning author of Newfangled and Shambles